What's up? you ready for this?

A Threshold Between the World

A threshold between the world

The trail of a person appears disguised

Boundaries between life and death 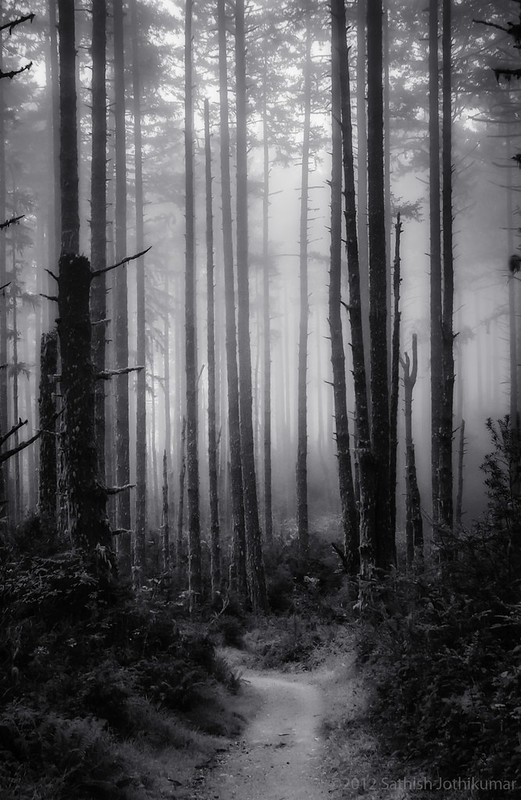 I made this poem from page 7, and 8. It was the first two pages of the chapter. I chose these two pages because I really like the descriptions of the environment of the west coast of Canada. When I was making this poem, I kind of just went along and picked words that I thought were deep and meaningful. The poem shapes out an image of going into the woods as a logger.

This poem expresses the loggers’ trips into the woods. It is beautiful to enter the threshold between the world which are the forests of British Columbia. “The trail of person appear disguised” refers to the loggers entering the woods leaving a slightly unnoticeable trail. “Totally disoriented/ Boundaries between life and death/ Blur and blend” refers to the danger of this job. No one would know where the loggers are in the woods while logging. The concept of life and death is blurred and blended as loggers are living there life on the edge.

I chose this image for my poem because it gives off a mysterious feeling. The fog in the back shows the blur and blend of boundaries between life and death. “With darkened pupils dilating the claustrophobic void” shows in this picture. The darkened forest is scattered with bare woods. The trail going into the woods becomes disguised. “Beauty/ Simply takes over”. Although this picture is not covered with colours, but it impressed me with its dark magic and showed a unique beauty that simply took over my heart.

These widgets are displayed because you haven't added any widgets of your own yet. You can do so at Appearance > Widgets in the WordPress settings.

Theme by Anders Noren — Up ↑